Honeybees are temperature dependent and their monthly activity will vary accordingly from year to year. The beekeeper’s actions vary as well according to the bees and their beekeeping practices. They should record their inspections and their actions.

The honeybees are mostly in a ball shaped, winter cluster: going out on milder days to defecate. A few may go to gather water and hopefully early pollen.

Beekeepers regularly check their hives are secure and satisfy themselves that there are sufficient winter stores, if not they will feed with candy. If there is snow on the ground they should shade the entrance as the reflection of the snow confuses and bees may fly into it!

The bees are still clustered but the queen will lay more eggs each day. As days get longer and warmer, the bees may be flying more, seeking sources of pollen (including: snow drops, crocuses and pussy willow catkins).

There may be crumbs of wax underneath the hive as stores are uncapped. Insulation under the roof can be added to help the bees raise the brood temperature. The bees are using more stores now and the beekeeper mustn’t let them go short. Water should be available in a sunny spot.

The queen is now laying more eggs but colony numbers are still be low as winter bees die off. Bees will be flying when conditions are suitable and, as more pollen is available. If stores are low, light syrup will provide additional food and stimulus.
If not frosty at the end of month, woodpecker guards can be removed. When the temperature is above 10°C hive floors can be cleaned.

Early blossoms should be giving nectar, the bees will build up rapidly and drones start to appear. Temperature allowing, the beekeeper begins weekly inspections, being aware that colonies that build up quickly may produce swarm cells.

They will want to see: evidence of a laying queen; the colony increasing; sufficient stores and no signs of disease. If the queen is found she may be marked and clipped. When bees are covering nearly all frames, a queen excluder is inserted with a super above. But if there is undrawn foundation, the excluder is left off until bees are drawing out the comb.

In good weather the stores and bee numbers will build up quickly. The beekeeper will watch out for swarming preparations and think about extracting before any oil seed rape honey sets in the frames.

Weekly checks continue, because this is the main swarming month. The beekeeper has surplus equipment ready for an artificial swarm. It is good practice to now monitor for varroa.

The beekeeper will be watching out for the ‘June gap’ when there is not much forage around. They may feed if the bees have insufficient stores after extracting in May. Weekly checks for signs of swarming continue even though the queen is now laying less.

If varroa have built up the beekeeper will take action to reduce numbers.

Colonies will be reducing and most will have lost the desire to swarm. But the weekly checks continue just in case. As the queen’s egg laying slows, more bees are free to forage. Good weather will cause the main nectar flow of the year. Lime trees, clover, blackberry, rosebay willow herb and lavender being large contributors.

The end of the month, beginning of the next, is summer extraction time.

The colony is getting smaller, the queen is laying less and less and the bees put winter stores in the brood box where the brood had been.

Weekly checks may finish this month: the beekeeper may go on holiday! Towards the end of the month, while the temperature is high, varroa treatment can start. Hive entrances may be reduced to help the bees keep out robbing wasps.

Bees born this month will need to last the winter. The bees will still be foraging: working blackberry and Himalayan balsam.

The beekeeper will be feeding (with heavy syrup) if there isn’t sufficient honey for the winter and continue varroa treatment. Wasps may still be a problem.

The bees are preparing for the winter, possibly topping up their stores of pollen and nectar from ivy up to the end of Oct.

There is still time for the beekeeper to feed if they do not think there are sufficient winter stores. If the supers have been removed so can the queen excluder.

The queen may now have stopped laying and the bees will cluster on colder days, usually below 8°C.

The beekeeper will put on woodpecker guards; check the hive is well ventilated and everything (especially the roofs) is secured and weather tight. Mouse guards are put on (if used) and insulation is removed.

The bees are mostly clustering around the queen, who will start to lay nearer the end of the month. They will go out on milder days to defecate.

The beekeeper will clean the hive equipment that was used throughout the year. They check fortnightly to see that their hives are secure – when not consulting their notes and planning the year ahead. 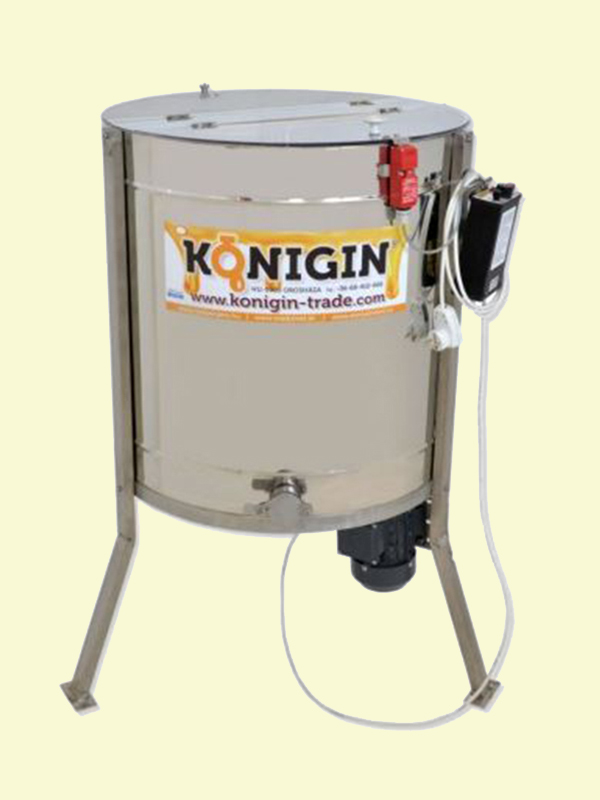